A big deadline is looming. The boss calls you into his office. Your server is down on a delivery date.

Stress is no stranger to the workplace—and according to a recent Gallup poll, it’s especially pervasive in American offices: U.S. workers are some of the most stressed out in the world, with a whopping 57% of respondents from the U.S. and Canada reporting they feel stressed out on a daily basis.

Stress isn’t just overwhelming panic or anxiety—it’s a psychological and physiological reaction that directly impacts the brain’s structure, memory, and performance functions which, if left unchecked, has the potential to cause long-term brain damage and significantly impact other parts of the body.

While stress may be unavoidable, it’s manageable. Take the Navy SEALs, who have stress management down to a science. Though the average employee isn’t running miles in combat boots or partaking in underwater demolition training, engaging in mental training like the SEALs may help reclaim our brains from stress.

This Is Your Brain On Stress

Letting stress run rampant is a surefire way to tank job performance. Not only does it negatively impact sleep and morale, it also can change the way your brain functions.

Stabilizing your reaction to stressful events can minimize the risk of these damaging effects, and help you become more resilient, focused, and successful at work.

Get Your Head In The Game

During combat training, Navy SEALs endure some of the most mentally and physically demanding tasks possible. Following are some SEAL-approved exercises for managing stress that can help you become more resilient, focused, and successful at work.

Instead of catastrophizing about an upcoming stressful event, mentally insert yourself in the scenario—what the SEALS call “mental loading.” Envision yourself navigating it successfully in multiple ways, guided by calm and reason rather than panic.

Trying to run from stress is in itself stressful. Instead, channel that stress as a productive force. Use biological responses like adrenaline and sweaty palms before an important meeting or a presentation as an opportunity to associate those signals with anticipation for a healthy challenge, rather than fear.

While taking command of your breath might seem rudimentary, it’s a powerful technique. Navy SEALs commonly engage in “box breathing”—in for four counts, holding for another four, then exhaling for four—to control their physiological response to stress.

Or try tactical breathing—through the nostrils and counting to four for each inhale and exhale. Warriors worldwide have used this technique to calm their minds heading into battle.

Emotional intelligence is a crucial facet of SEAL training because it creates more effective, resilient leaders and helps combat stress. While not everyone has the resources for building EI like SEALs do, Enspira offers EQI inventory and coaching, helping create greater situational and self-awareness for more resilient employees.

Navy SEALs are fueled by discipline—a crucial tool even for those of us who aren’t subjected to hours of surf torture. Holding yourself accountable can make building new habits — including stress management habits — more effective.

Having an accountability partner can come in handy when the going gets tough. Enspira offers 1:1 coaching to help employees achieve their professional and personal goals, unlock their own unique potential, and maintain a level head when stress starts to build.

SEALing the Deal With Stress

Neural scans have shown that brains of Navy SEALs respond differently to stress, activating neural centers related to emotional control rather than those related to anxiety and fear.

While it can be dangerously easy to let stress wreak havoc on your professional (and personal) life, learning how to manage it, like the SEALs do, is key to becoming a more effective and resilient leader, employee, and person.

Jes Valentin is a seasoned expert in human resources, organizational psychology, and talent. With more than 20 years of global experience, she has helped leaders at both Fortune 50 multi-national and not-for-profit organizations achieve growth, lead through change, and engage diverse workforces. Jes holds an MA in Organizational Psychology from Columbia University and a BA in Journalism & Political Science from Rutgers University. She's a professional/career coach, and is completing her International Coaching Federation certification through the College of Executive Coaching, the premier institution for masters-level executive coaches.

Over the last five years, there’s been an increasing focus on laws centered around digital protections and worker’s rights, specifically the “right to disconnect.”

As employers contend with the Great Resignation, the use of artificial intelligence for talent acquisition is more important than ever.

No matter how scary the prospect, striving to achieve your career goals will always yield better results than staying stuck and afraid.

When employees fail to understand or properly utilize important tech tools in the workplace, it can have far-reaching implications and may even impact an organization’s bottom line.

AI Recruiting Tools May Be the Future, But Proceed With Caution

AI recruitment tools--while incredibly useful--can also introduce bias. What can companies do to ensure they increase efficiency without harming equity?

We're trending towards longer and longer work days--but by embracing a decision-making ideology and a task management tool, we don't have to.

New Hires Weigh In: How Do You Survive The Working World?

Navigating a new job is hard--and managing its ups and downs as a new hire during a pandemic is arguably even harder.

Working From Home Has Changed Your Brain and Body. Here’s How.

The virtual workspace isn’t going away. Here’s how WFH is affecting us — and how these changes could reshape the workforce as we know it.

The Life of an HR Executive: a Roundtable Discussion

Human Resources executives are central to the success of an organization, setting the tone for how employees can contribute and thrive. Here, a few industry leaders share their insights.

Processing emotionally charged events can impact people in ways that are difficult to manage. What can be done to support them?

From cobots that collaborate with humans to HoloLens, a wearable holographic computer, AI is no longer science fiction.

Yes, Your Nostalgia Is Valid. That Doesn't Mean It Belongs At Work.

As old paradigms fall by the wayside, how we shape corporate culture and do business altogether is transforming at breakneck speeds.

Uniqueness of identification has grown and blossomed into a spectrum of diversity, challenging the way companies think about DEIB.

The Big Quit: How Burnout Is Reshaping the Workforce

A number of complex forces are steering people away from the workforce, but arguably the most common one is burnout.

Of all the theories that aim to engender better work-life balance, the five-hour workday is one of the most compelling.

Just because you say you're operating strategically doesn't mean your plan is strategic.

Yes, “be yourself” is definitely sound advice--and these days, employers are known to tell their employees the same thing. But there are limits.

DEIB programs are surging across the American workplace. Why are some employers still not taking action?

It's not always easy to know when to prioritize speed vs. quality in business. There may be more than one right answer.

Your words often don't have the impact you intend them to--which can be problematic, especially in the workplace.

Giving and receiving valuable feedback isn't always an easy task. Here are some insights to help you along the way.

Unlimited PTO sounds like a dream come true. Is it here to stay, or just the flavor of the week?

Join us for a dynamic discussion with neurodiversity experts on the benefits of employing a diverse team.

Our biases manifest everywhere--and even during our most celebrated and joyous traditions, they can leave an impact.

Are we truly our most productive when we work five days a week? Recent studies suggest otherwise.

How to Address & Support Mental Health

Chances are we all know someone who's struggling with unspoken issues. Here's  how to recognize it, thoughtfully reach out, and help.

If we want to see real, sustainable change, we all must continue to acknowledge and celebrate diversity in the workplace.

Disrupting Your Workplace Culture with “The 3 Bs of Belonging” 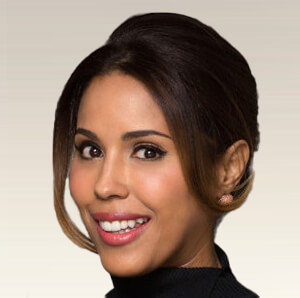