Bias has always been an inherent part of job recruitment.

The collective weight, and oppression, of bias in the workplace is enormous—which is why the current push to eliminate bias in recruiting marks such a positive change. But it’s no simple task, and it's far from over.

Despite advancements in equity and technology in the 21st century, bias in recruiting remains a huge issue—including bias within artificial intelligence (AI) tools, whose usage is soaring in workplaces across the country. Today, some 46% of executives say they plan to use AI tools in their recruiting processes.

“From a practicality standpoint, whether it’s a large or small company, open roles often receive hundreds or even thousands of applicants,” said Rebecca Harris, director of Diversity, Equity, Inclusion & Belonging at Enspira. “It’s often about budget and efficiency. You can hire 20 recruiters to handle those requisitions, or hire five and then leverage tech to enhance the scope and reach of that smaller team.”

“Artificial intelligence and algorithmic decision-making tools have great potential to improve our lives, including the area of employment,” says Charlotte Burrows, chair of the U.S. Equal Employment Opportunity Commission (EEOC).

But to harness their power, companies must understand that AI tools don’t magically remove bias in recruiting. “The EEOC is keenly aware that these tools may mask and perpetuate bias or create new discriminatory barriers to jobs. We must work to ensure these new technologies do not become a high-tech pathway to discrimination,”Burrows warns.

WHAT IS UNCONSCIOUS BIAS?

Unconscious bias — when a person unknowingly has a positive or negative disposition towards an individual or a group — is deeply ingrained within the human psyche.

This unconscious bias can be simple and pervasive right from the very get-go of the hiring process. A study analyzing the impact of gender on hiring revealed that 79% of applicants with a male name were deemed “worthy of hire,” versus only 49% of those with a female’s name. Another study published in the American Economic Review found that resumes with white-sounding names received 50% more calls for interviews than identical resumes with black-sounding names.

WHAT IS AI RECRUITING?

Will computers be the sole arbiters of whether you’re hired in the future? That’s unlikely — but they’ll definitely help.

“Most companies… are unlikely to abandon face-to-face selection procedures,” a recent report on automation from Deloitte states. “In such cases, technology can be used to support these procedures, saving time and costs and generating and evaluating additional data.”

Enspira uses a five-step recruitment process that will increasingly utilize AI as a supplemental tool to reduce bias and improve diversity hiring in the future. Here’s how:

“Tech has certainly made applying to jobs more accessible for more people in some respects,” Harris says. “Phone apps and online job listings make applications more accessible. And candidates can leverage tech, for instance by pulling in a LinkedIn profile’s data to save time on multiple applications.”

WHAT’S THE FUTURE OF AI RECRUITING?

Currently, AI recruitment tools are not federally regulated, but likely will be in the future. In 2020, Illinois became the first state to regulate AI use with its Artificial Intelligence Video Interview act, which stipulates that companies must notify applicants if AI is analyzing video interviews, and provide them with information about how that AI system works. New York City recently passed a bill requiring annual bias audits for hiring vendors that useAI-powered recruitment tools. And in 2021, the European Union proposed strict rules for AI use that could be a benchmark for future regulation.
‍

Despite the advantages of AI, understanding that artificial intelligence is merely a tool that should not be used on its own, is key to ethical use. AI technology must be paired with a humanistic lens.

Rebecca has over 10 years of experience in HR, with a focus in Diversity, Inclusion & Belonging and Talent Acquisition. Prior to Enspira, she worked for Viasat, Inc. leading the Diversity & Inclusion global workforce strategy. She is also certified in conducting Aperian Global’s GlobeSmart® Inclusive Behaviors Inventory & 360 assessments. Previously, she worked at Biogen in Diversity & Inclusion and University Relations roles. Before Biogen, she worked in operations roles in nonprofit community development and in recruiting. She has a Certificate in Diversity & Inclusion Management from Cornell’s ILR School, a Certificate in HR Management & Analytics from Wharton, a Master's degree in International Relations from King's College, London, and a Bachelor's degree in History from UC Santa Barbara. Rebecca is passionate about building inclusive spaces – where everyone feels that the differences they bring are valued, and that they belong.

Over the last five years, there’s been an increasing focus on laws centered around digital protections and worker’s rights, specifically the “right to disconnect.”

As employers contend with the Great Resignation, the use of artificial intelligence for talent acquisition is more important than ever.

No matter how scary the prospect, striving to achieve your career goals will always yield better results than staying stuck and afraid.

When employees fail to understand or properly utilize important tech tools in the workplace, it can have far-reaching implications and may even impact an organization’s bottom line.

AI Recruiting Tools May Be the Future, But Proceed With Caution

AI recruitment tools--while incredibly useful--can also introduce bias. What can companies do to ensure they increase efficiency without harming equity?

We're trending towards longer and longer work days--but by embracing a decision-making ideology and a task management tool, we don't have to.

New Hires Weigh In: How Do You Survive The Working World?

Navigating a new job is hard--and managing its ups and downs as a new hire during a pandemic is arguably even harder.

Working From Home Has Changed Your Brain and Body. Here’s How.

The virtual workspace isn’t going away. Here’s how WFH is affecting us — and how these changes could reshape the workforce as we know it.

The Life of an HR Executive: a Roundtable Discussion

Human Resources executives are central to the success of an organization, setting the tone for how employees can contribute and thrive. Here, a few industry leaders share their insights.

Processing emotionally charged events can impact people in ways that are difficult to manage. What can be done to support them?

From cobots that collaborate with humans to HoloLens, a wearable holographic computer, AI is no longer science fiction.

Yes, Your Nostalgia Is Valid. That Doesn't Mean It Belongs At Work.

As old paradigms fall by the wayside, how we shape corporate culture and do business altogether is transforming at breakneck speeds.

Uniqueness of identification has grown and blossomed into a spectrum of diversity, challenging the way companies think about DEIB.

The Big Quit: How Burnout Is Reshaping the Workforce

A number of complex forces are steering people away from the workforce, but arguably the most common one is burnout.

Of all the theories that aim to engender better work-life balance, the five-hour workday is one of the most compelling.

Just because you say you're operating strategically doesn't mean your plan is strategic.

Yes, “be yourself” is definitely sound advice--and these days, employers are known to tell their employees the same thing. But there are limits.

DEIB programs are surging across the American workplace. Why are some employers still not taking action?

It's not always easy to know when to prioritize speed vs. quality in business. There may be more than one right answer.

Your words often don't have the impact you intend them to--which can be problematic, especially in the workplace.

Giving and receiving valuable feedback isn't always an easy task. Here are some insights to help you along the way.

Unlimited PTO sounds like a dream come true. Is it here to stay, or just the flavor of the week?

Join us for a dynamic discussion with neurodiversity experts on the benefits of employing a diverse team.

Our biases manifest everywhere--and even during our most celebrated and joyous traditions, they can leave an impact.

Are we truly our most productive when we work five days a week? Recent studies suggest otherwise.

How to Address & Support Mental Health

Chances are we all know someone who's struggling with unspoken issues. Here's  how to recognize it, thoughtfully reach out, and help.

If we want to see real, sustainable change, we all must continue to acknowledge and celebrate diversity in the workplace.

Disrupting Your Workplace Culture with “The 3 Bs of Belonging” 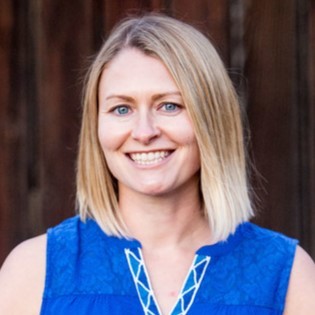